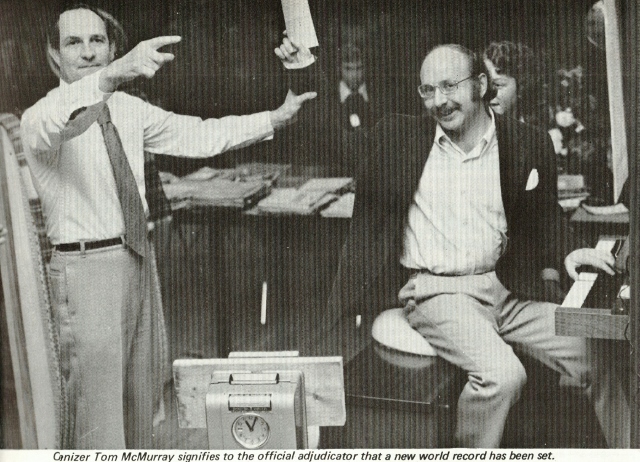 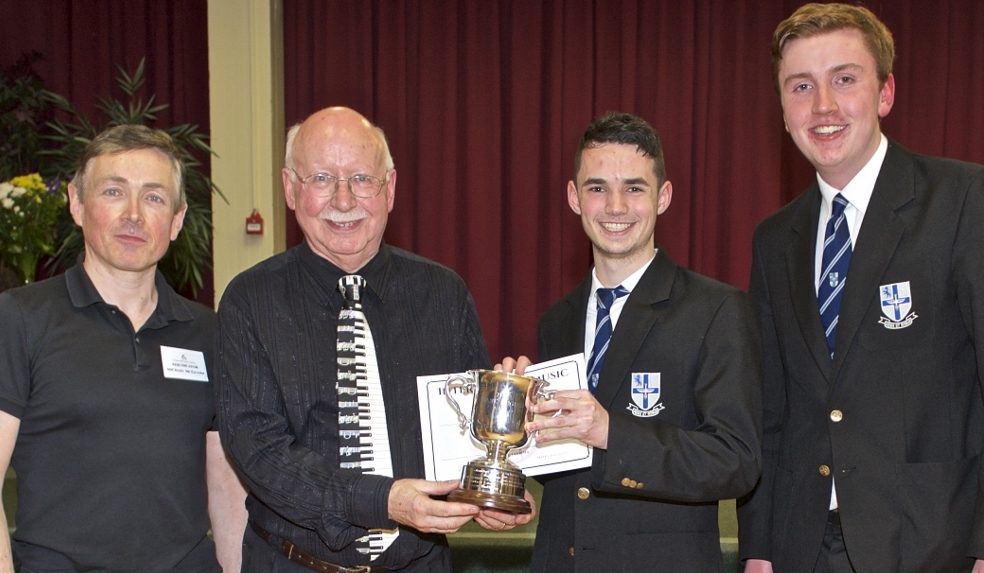 In 1975, Frank Hughes (former Head of Music) undertook a fundraising project to offset the cost of building a pipe organ for the Myles Hall in Wesley College.

He decided to play the organ continuously for an extended period, and to seek sponsorship. He was successful in raising the much needed funds. Additionally, he gained entry to the Guinness Book of Records by playing for 92 hours, beating the previous record by 10 hours. To celebrate the success of the event (financial and physical) a silver trophy was offered to Wesley College, with the suggestion that some competitive musical evening be organised, of Frank’s choosing.

And so, the Interschools Music Festival was born.

On that first year-1976, Wesley College invited four surrounding schools to come and perform and the first Adjudicator was the Head of the R.T.E. Sports Department!

This happy evening was repeated annually, and, over time it has developed into a tremendous full-scale weekend festival. Over one hundred schools now compete in the festival each year with in excess of three thousand students taking part.

The festival was set up to give pupils the opportunity to perform, representing their schools within a musical forum. Today, over forty years on, the Interschools Music Festival still aims to facilitate this for all schools throughout the country. The competitions cover a range of musical genres including classical, rock and traditional. Each year the festival takes place in Wesley College, Ballinteer over two days in early March. The festival provides a platform for young performers where they gain confidence and experience in front of an encouraging and sympathetic audience. Though noted for its friendly and relaxed atmosphere, standards are high and the festival provides a perfect testing ground for examinations, other feiseanna and public appearances. We encourage families of all ages to attend to support their young people and to enjoy the music.

Please register for an account with us, so you can save and amend your festival applications more easily.

The Preliminary Schedule is for advance planning only. Please make sure to check the full programme on the website closer to the festival so that you know the eact time of your competition. Click here to view the Preliminary schedule